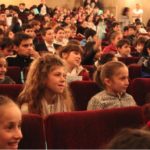 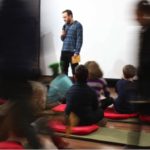 Since 2013 the foundation CCFYD has been coordinating with the Magic Lantern Film Club to introduce children between 6-12 years to the world of film. Showings take place several times annually in Zugdidi and Rustavi and are presented by professional actors and experts.